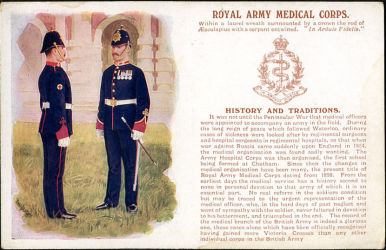 Martin Hallam was born in Sheffield in March 1884.  In 1891, age 7, he was living at 74 Upper Hannover Street, Eccleshall, Sheffield.  He was educated at Repton School from 1898 to 1900 leaving to become a medical student.  The son of a GP, he graduated from Sheffield and London Universities in 1909.

Martin Hallam, like his brother Arthur (also a GP), joined the Territorial Army and was commissioned into the Royal Army Medical Corps in July 1910.  He was attached to the 3rd North Midland Field Ambulance.

In 1911 he was a House Physician at the Royal South Hants and Southampton Hospital.  The Medical Register for 1913 gives an address in Scarborough before he took up the appointment of medical officer for Burbage and Collingbourne.

Dr Hallam’s departure from Burbage was recorded in the January 1915 edition of the parish magazine.  He served with the Northamptonshire Yeomanry in France from March 1915 and was appointed temporary Captain in December that year.

George, also known as Thelwall, was born in Marlborough on 23rd March 1867, the eldest son of James Blake (1839-1912), a doctor, town councillor and JP, and Agnes Maurice.  He was living in Marlborough during the 1871 and 1881 Censuses and visiting Toxteth for the 1891 Census.  George was educated at Marlborough College and trained at St Mary’s Hospital, London, qualifying in 1890.  He spent the next 5 years working at his father’s practice in Marlborough and at the Savernake Cottage Hospital.

He joined the Wiltshire Yeomanry on 9th May 1892 and is listed as a Surgeon Lieutenant on the Centenary Muster Roll of 1893; having taken over from Surgeon Lieutenant Colonel J B Maurice on 6th April that year!  Two brothers also served with the Yeomanry, Oliver Calley Maurice and Godfrey Kindersley Maurice, both doctors. 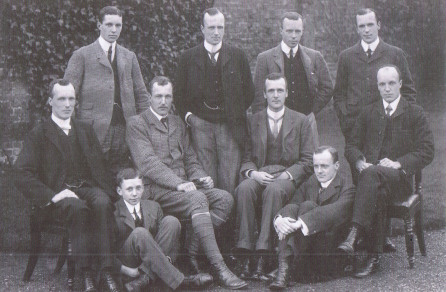 George was commissioned as a Surgeon Lieutenant in 1895 and promoted Captain in 1898.  He married Olive in 1905 and their son, James, was born in India in 1906.  He was christened at All Saints’ Church, Lucknow (not Burbage).  George was promoted Major in 1907.  By the March 1911 Census, age 44, he and family were back in England and living in Cholderton.  A little later he moved to Burbage.

Major Maurice was one of the first Burbage Servicemen to go to war in the Autumn of 1914.  In February 1915 he was made a Companion of the Order of St Michael & St George (CMG).  He was appoited Lieutenant Colonel in March 1915 and the May edition of the Parish Magazine records ‘ The Marlborough Times contained a full report, including Lieutenant Colonel Maurice’s interesting and graphic account of the scenes at the front in Flanders’. Kelly’s directory for Wiltshire dated 1915 has him living at the Elms, Burbage.

In July 1916, George was promoted Temporary Colonel and then Brevet Colonel in June 1917.