On mobilisation, the 1/1 Royal Wiltshire Yeomanry was billeted first in Winchester College before moving to Sussex and reorganising into a 3 squadron regiment.

The 2/1 Royal Wiltshire Yeomanry was formed in September 1914 and was billeted throughout Wiltshire.  In the spring of 1915 the Regiment moved to Westbere camp near Canterbury and then to Maresfield, Sussex.

The 3/1 Royal Wiltshire Yeomanry was formed at Chippenham in the spring of 1915 and moved to Tidworth to train reinforcements for service overseas.

Much of the information on this Yeomanry Regiment has been gleaned from the 2 volumes of The Yeomanry Cavalry of Wiltshire (H Graham 1886 & 1908) and The Royal Wiltshire Yeomanry 1907-1967 (JRI Platt pub Garnstone Press). 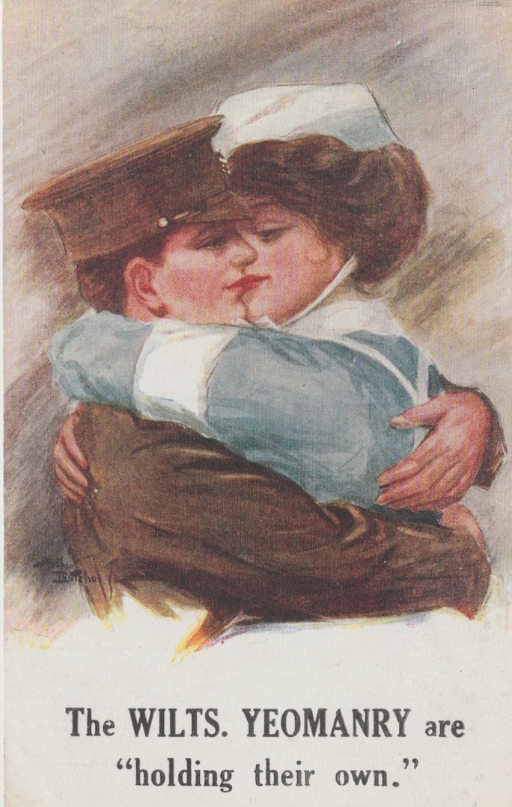 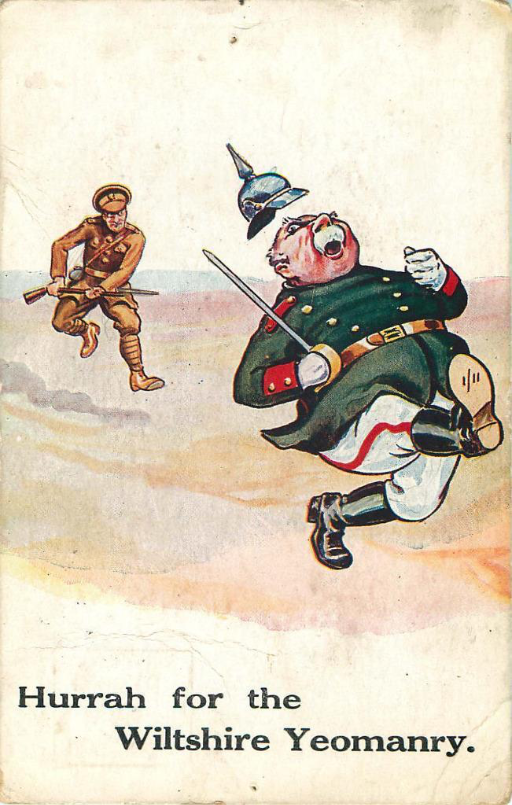 Arnold Hillier was living ouitside the parish at the time of the 1911 Census.  Few records remain of his service but records show he served with 1/1st Royal Wiltshire Yeomanry.  In 1915 the Yeomanry were billeted in Winchester College before moving to train in Sussex

Oscar Spanswick was born on 13th March 1894 and baptised at Burbage Parish Church on 13th May the same year.  In 1901 Oscar, age 7, was living in Stibb with his parents George, a railway platelayer, & Louisa and younger brother a sister.  Ten years later, at the time of the 1911 Census, he was living and working at the Prince of Wales public house in North Newnton.

Oscar joined the Wilts Yeomanry on 10th February 1910 for 4 years and attended annual training before the Great War.  He was called-up on 5th August 1914.  He served ‘at home’ until his discharge in February 1916.  His attestation and service record survived the blitz. 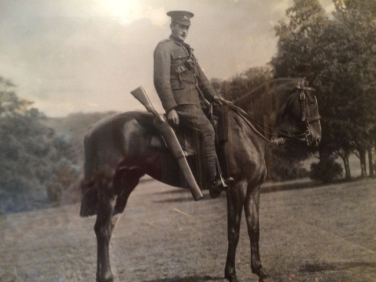 John Vines was born in 1878 son of Broom and Ellen Vines.  He was living with his parents, brother and sister at Harepath Farm in Burbage at the time of the 1881 Census.  He was 5ft 9ins tall and working as a farmer in Burbage when he signed-on with the Territorial Force in 1898.  He joined the Royal Wiltshire Imperial Yeomanry and saw active service in South Africa in the Boer War and was awarded the Queen's South Africa Medal with clasps Wittebergen, Cape Colony, Transval, & S Africa 1901, and the Territorial Efficiency Medal.   He remained with Yeomanry and was promoted to Squadron Quarter Master Sergeant in 1908.