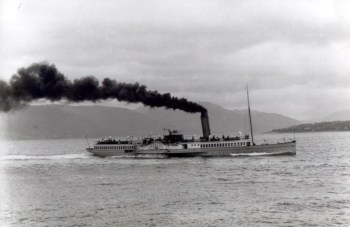 The paddle steamer Neptune was built by  Napier Shanks & Bell Yoker, Yard 62 for the Glasgow and South Western Railway Company and launched in 1892.  She was requisitioned by the Admiralty in December 1915, renamed HMS Nepaulin and converted to a minesweeper.  In 1916 she was based at Dover.  On 20th April 1917 she hit a mine laid by the German submarine UB-12 and sank.  Reports on lives lost vary between 19 and 30.

The June 1917 edition of the Parish news records the death of Lt James Clark  RNVR on April 20th, age 28.  He had left Burbage before the war but was ‘well known and much respected’.

James Clark served on several paddle steamers that had been requisitioned and converted to minesweepers.  Firstly the Pekin and Brighton Queen under instruction before moving to the Balmoral in September 1915 and finally the Nepaulin in March 1916.

The Nepauin was sweeping with the Lorna Doone near the Dyck Light Vessel (located between Calais & Dunkirk) when, apparently, she ran on a mine.  The ship sank in less than 2 minutes with the loss of all officers except the Captain who was on the bridge and 30 ratings; 17 survived (My Small Share – A Quaker Diary from WW1 by E.W. Pettifor).

Lt Clark is remembered on the Portsmouth Naval Memorial. 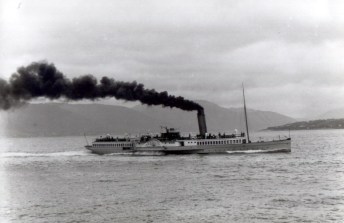 HMS Kangaroo was a B-class torpedo boat destroyer (one of 24) of the Royal Navy.  She was launched in September 1900 and commissioned in August 1901.  Armed with a quick fire 12 pounder, five 6 pounder guns and 2 torpedo tubes  she was capable of 30 knots.  She served with the 6th Destroyer Flotilla and was part of the Dover Patrol.

Edward Gore was born on 19th September 1881 in Deptford, Kent, the son of George and Ellen.  After working briefly as a railway carriage cleaner and a butcher, he joined the Royal Navy in 1903 as a stoker.  He served on a variety of ships before joining HMS Kangaroo in January 1914 as a cerified Stoker Petty Officer.  Edward is recorded in the 1911 census as living as a boarder and Stoker Petty Officer employed by the Admiralty, at the Trafalgar Institute, Edinburgh Rd, Ladyport, Portsmouth.  His father, George moved to Burbage sometime between 1901 and 1911 and is recorded on the census as living at 127 Eastsands, Burbage with his new wife, Kate (Ellen died in 1891) and daughter Hilda. 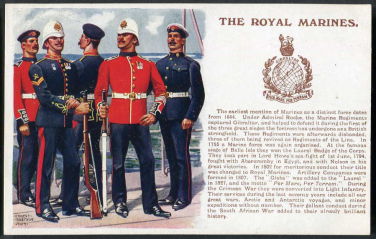 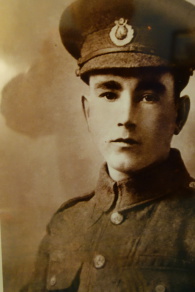 William Newman was born in Wootton Rivers on 30 November 1897 and was still living there at the time of the 1911 Census.  William lived with his parents, John and Eliza, and 3 sisters, Alice, Louisa and Emily.  William was a Cow Boy on a farm, his father a Farm Labourer.

William was called up for Service on 14 October 1916.  He joined the Royal Marines at the Depot in Deal for basic training and in December 1916 was posted to Victory RM Brigade.  On 2 February 1917 he joined B Company of the 2nd Royal Marine Battalion.  He went missing on 28 April 1917 and Assumed Dead by the Admiralty Board on 8 December 1917.

His sacrifice is commemorated on the Arras Memorial along with 151 members of the same unit thought to have died on the same day.