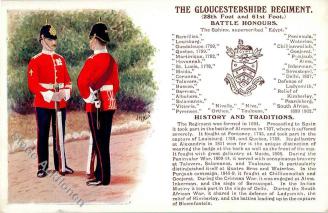 Alfred was born on 24th November 1895 and baptised at all Saints’ Burbage in 1896.  His father, William Henry New was a labourer; his mother was Elizabeth Agnes New.

In 1901 the family was recorded in the Census as living on the High Street in Burbage.  Alfred had 2 older brothers and a sister.  By 1911 Alfred was working as a servant for the Chessall family in Bridewell Street, Marlborough.

Alfred was awarded the 1914-15 Star, the Britsih War Medal and Victory Medal.