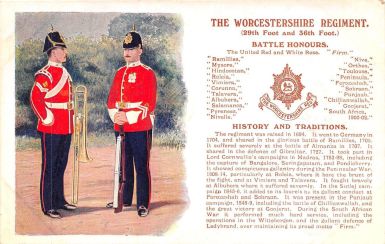 William James Noyes was born in the Autumn and baptised in Burbage on 24th December 1882.  He was the third son of George, a general labourer, and Sarah living at 35 Stibb at the time of the 1891 England Census.  Ten years later, at the 1891 Census, age 18, he was working as a woodman.  He was known in Burbage by the name James or Jas as it appeared in a census return.

He married Mary Jane Taylor from Marlborough in 1903.  Both were living in Stibb for the 1911 Census.  James’s occupation was described as labourer.

No service records remain of James’s war service but from medal rolls we know he joined the 17th Hampshire Regiment (Regimental Number 380829) but was later transferred to the 2/8th Worcestershire Regiment.

It was thought that James Noyes was taken prisoner (reported in May 1918 edition of the Parish Magazine) but the July edition records that he was declared Killed in Action on 21stMarch.  He is remembered at the Pozieres Commonwealth War Graves Commission Cemetery.

His wife remained in Burbage after the War and was living first in East Sands and later Fir Green Bungalow.